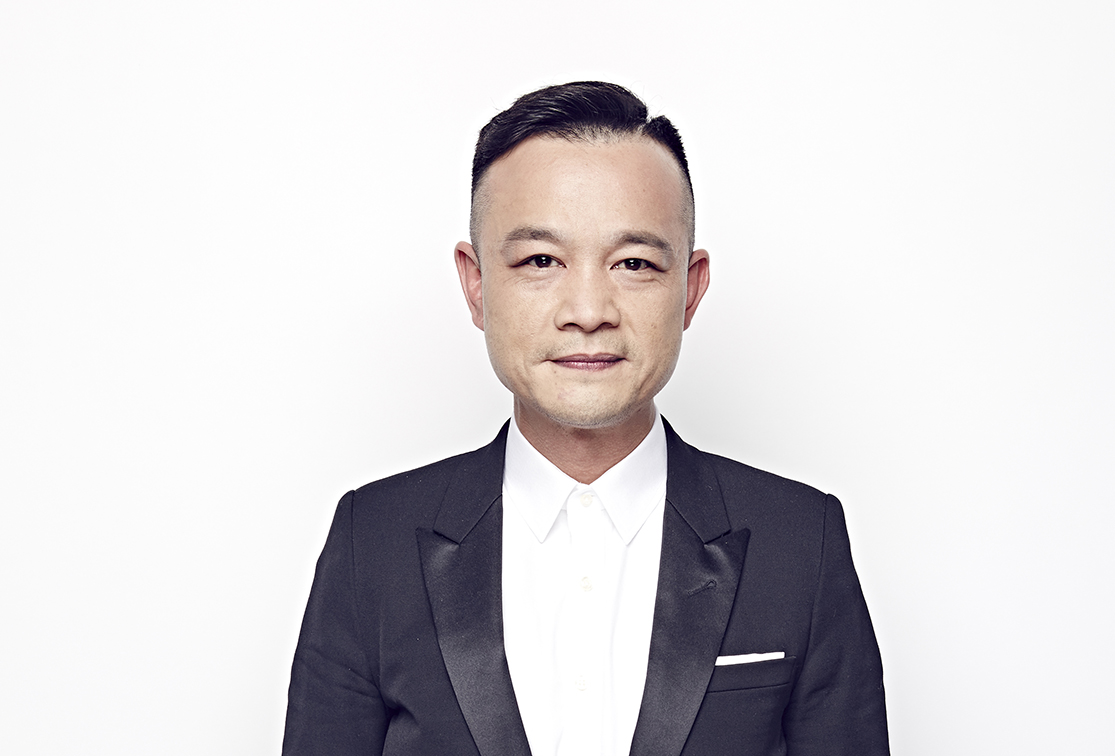 In 2018 Cheil Worldwide shot to the top of the Campaign Brief Asia Creative Rankings in Hong Kong, knocking Ogilvy out of top spot. Since then Cheil has continued to be one of Asia’s most awarded and they have consolidated their #1 status for the third year in a row.

Since 2018 Cheil Worldwide has been one of the stars of the Campaign Brief Asia Creative Rankings and this year they amassed an impressive total of 2065 Creative Ranking points. This compares to 3395 points in 2020 and 2185 points the year before.

At #2 in Hong Kong for the third consecutive Creative Rankings is Ogilvy with a total of 575 points. The agency stared at One Show 2021 and also won awards at Spikes Asia, AdFest, D&AD, Clio, and London International Awards.

#3 in Hong Kong is TBWA, who move up from their #4 ranking last year.

Saatchi & Saatchi Hong Kong has reentered the Creative Rankings this year at #4 and Leo Burnett and McCann Worldgroup rank #5 and #6 respectively. 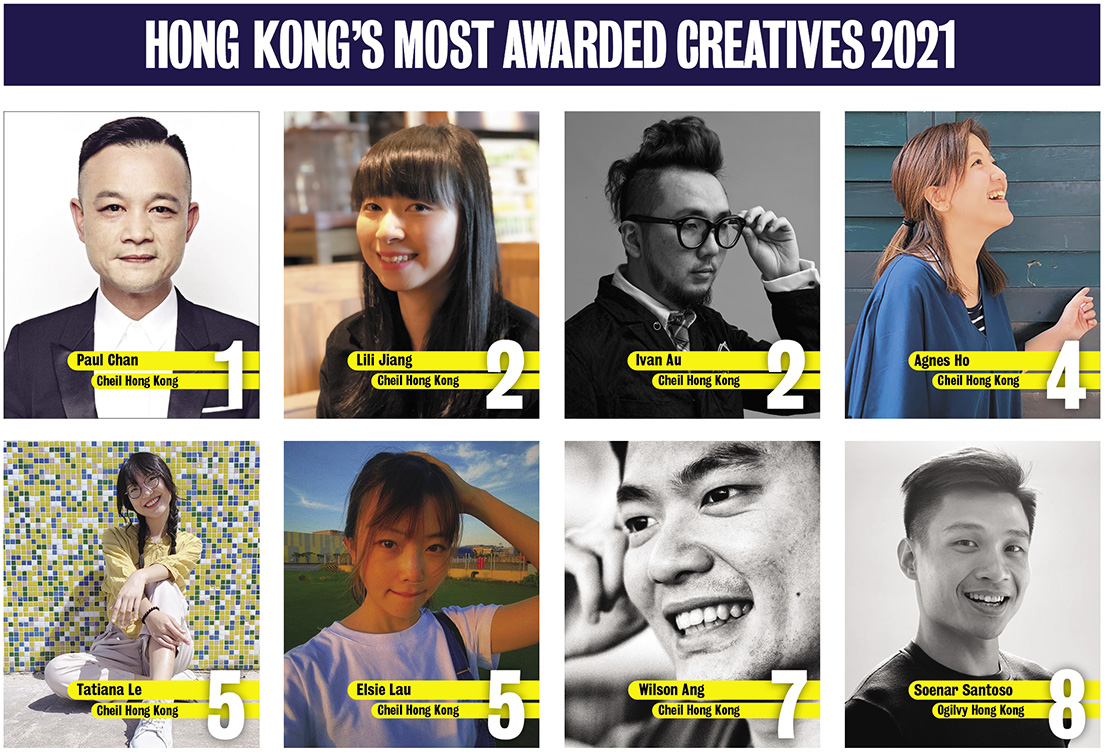 In the individual copywriter and art director ranking table Cheil’s Paul Chan rides high in the #1 spot. He has a total of 2695 points, helped also by his involvement in several of Cheil Worldwide Beijing’s award winning work over the past two years.

Two Ogilvy creatives fill the next two places – Soenar Santoso at #8 and Stratos Efstathiou at #9. 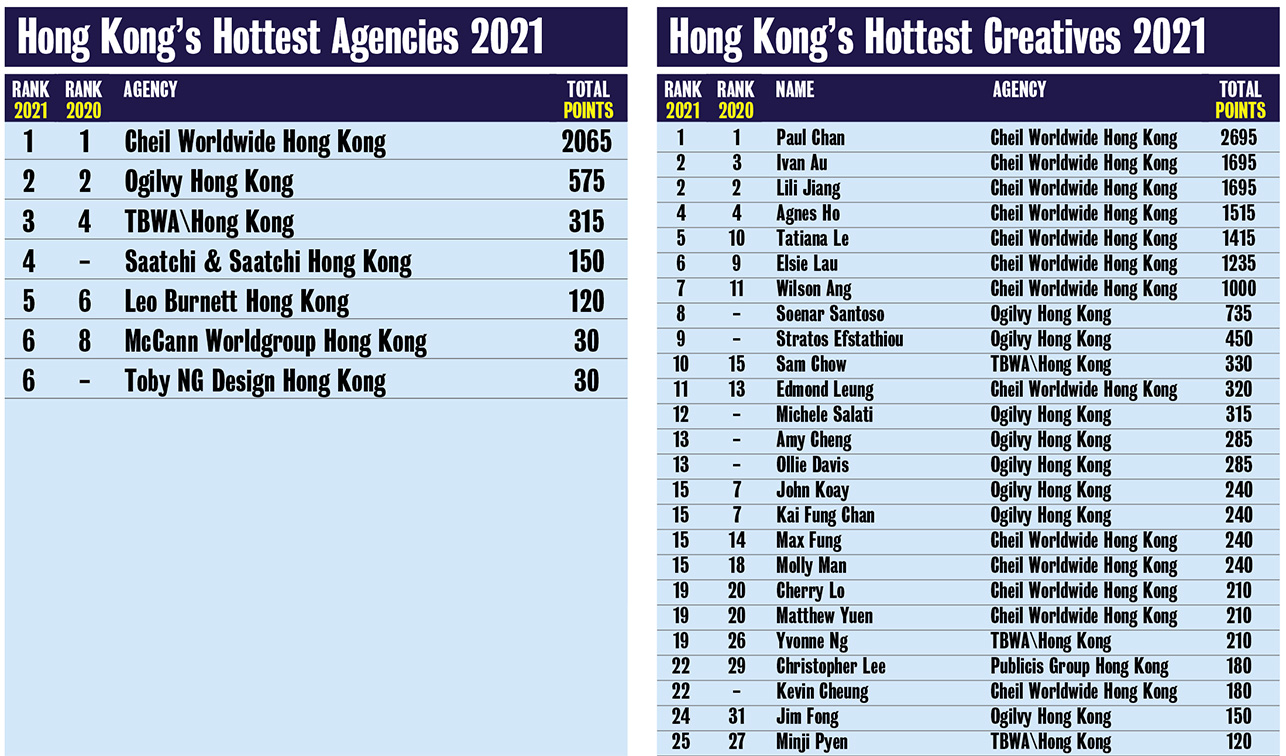