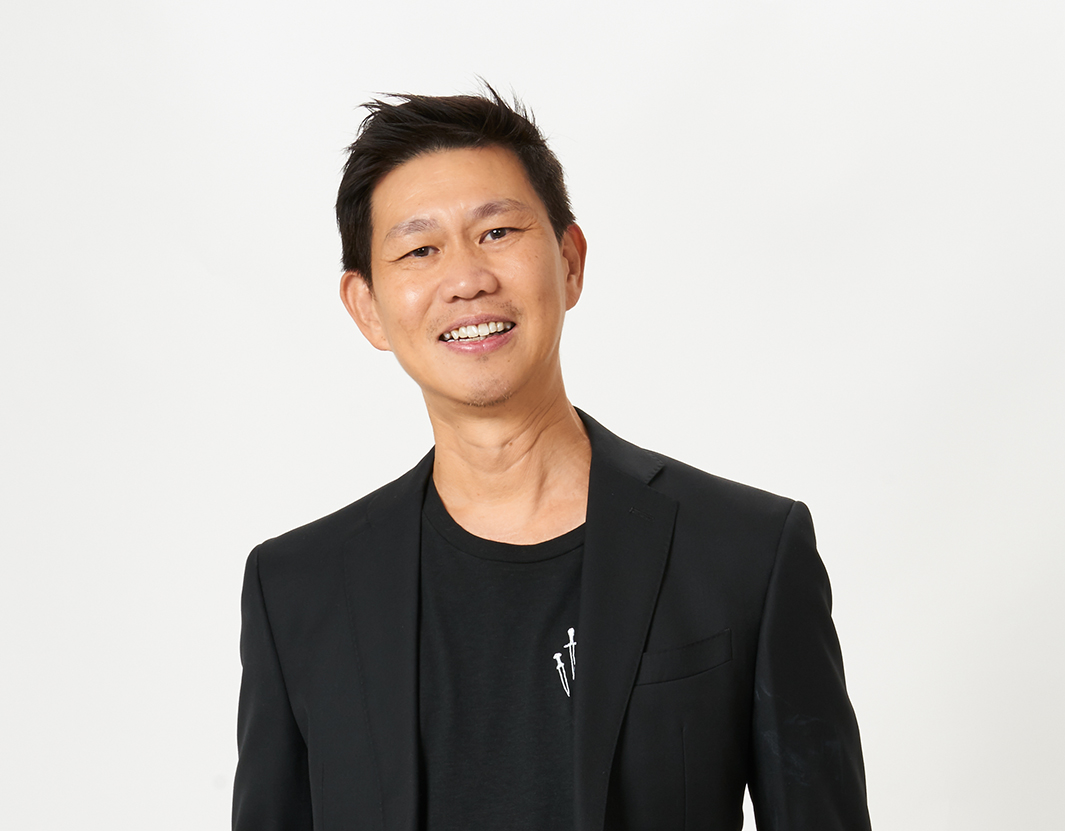 Ogilvy makes it four in a row as Thailand’s Creative Agency of the Year following the release of the Campaign Brief Asia 2021 Creative Rankings. Ogilvy has maintained an exceptional award winning performance over recent years but this year face stiff competition from Wunderman Thompson Bangkok. One of the stars of the 2021 Campaign Brief Asia Creative Rankings, Wunderman Thompson has risen from number #5 in Thailand last year to a clear number #2 this year.

Ogilvy has filled the #1 creative ranking in Thailand since 2017 and with 1525 points in this year’s rankings are again Campaign Brief Asia’s 2021 Thailand Creative Agency of the Year. Ogilvy accumulated points from New York Festivals, One Show, Spikes Asia, Adstars, LIA, Clio, D&AD, AdFest and Campaign Brief’s The Work.

In the #6 ranking is Creative Ranking’s newcomers Wolf Bkk who have scored a creditable 490 points – all coming from 2021 award shows. The agency’s Central Department Store ‘Shop Unfriend’ film is one of the best and most awarded campaigns of the year. If Wolf Bkk can continue this momentum they will continue to improve their ranking position next year. 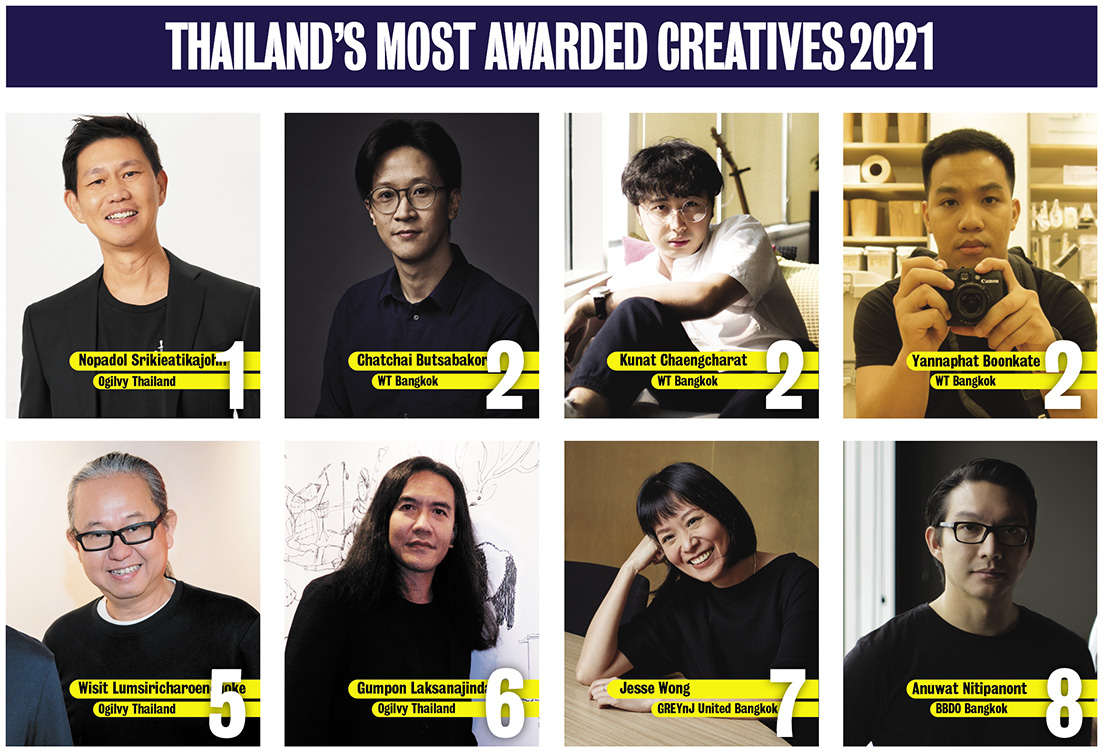 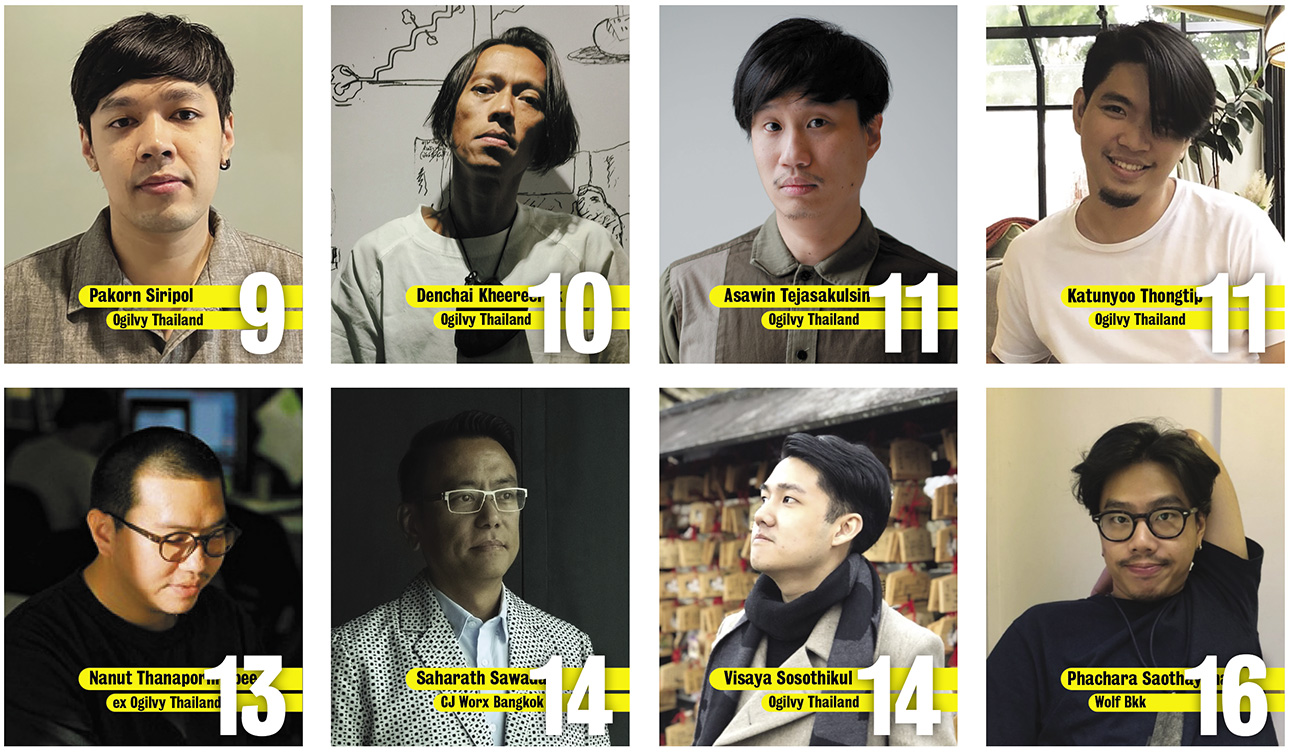 Srikieatikajohn (Ogilvy) has also retained his place on top of Thailand’s Hottest Creative 2021 table for the second straight year with 1485 Creative Ranking points.

Last year’s equal #1 ranked creative Wisit Lumsiricharoenchoke (1070) has moved down to #5, ahead of fellow Ogilvy creative Gumpon Laksanajinda in #6 on 885 points

Anuwat Nitipanont is BBDO’s only creative inside the top 20 on 610 points in #8.

Ogilvy creatives take up the next 5 positions with only 75 points separating them. Pakorn Siripol has continued his move up the table from #92 in 2018 to #9 this year on 575 points. 30 points behind in #10 is Denchai Kheereerak (545). Equal #11 goes to Asawin Tejasakulsin and Katunyoo Thongtip only 15 points out of this year’s Top 10. On 500 points in #13 ranking is Nanut Thanapornrapee. 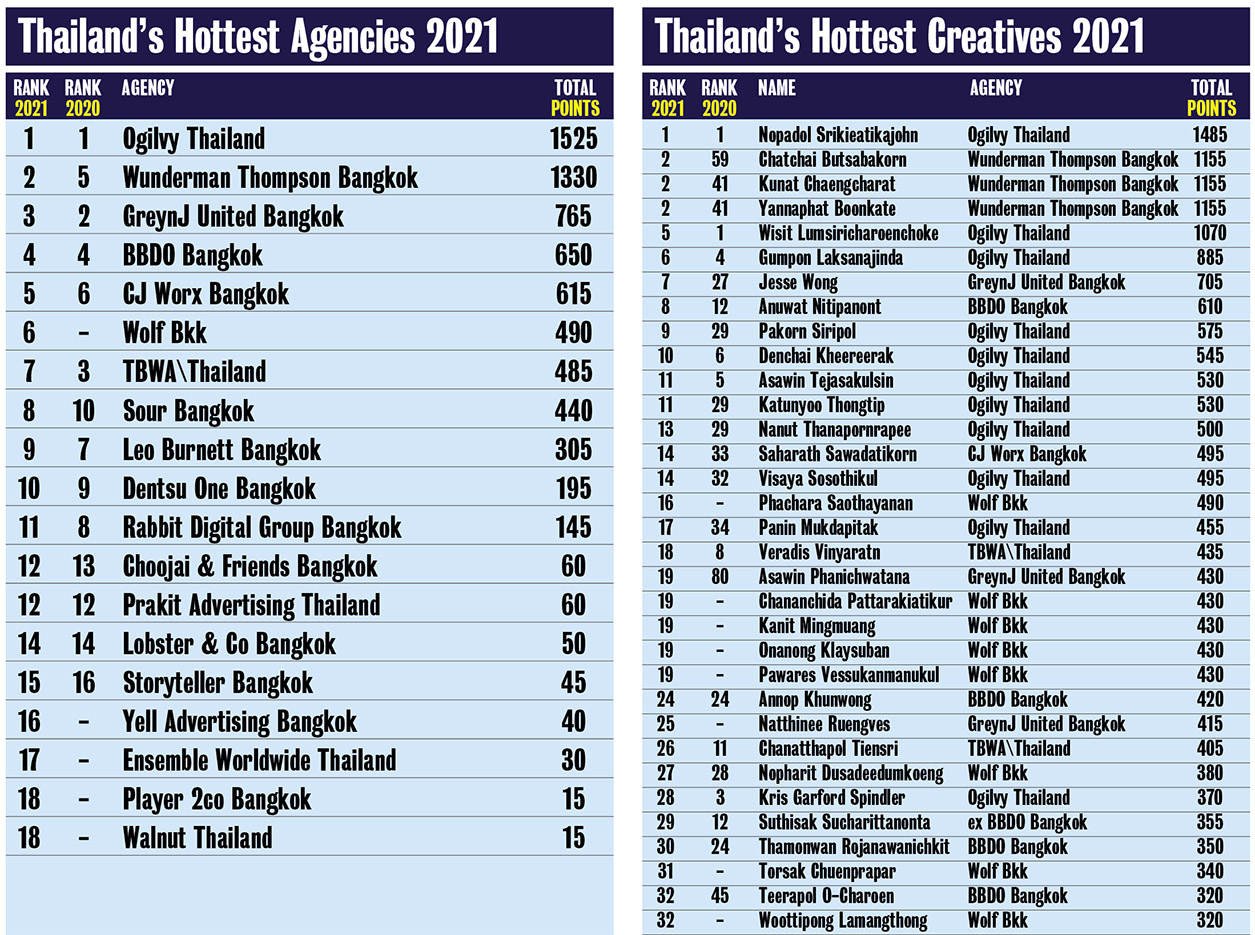